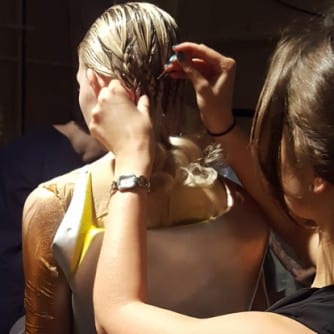 For LFW SS17 we were thrilled to send Lorna (Stylist at The Old Hall) to be part of the team styling the hair backstage with L’Oreal Professionnel. Assisting Darren Fowler, the pair worked on the ONOFF presents stage on the Friday of London Fashion Week, here’s what they got up to….

I had an amazing experience at London fashion week, it was so inspiring! Working backstage was eye-opening, hectic and amazing all at the same time. 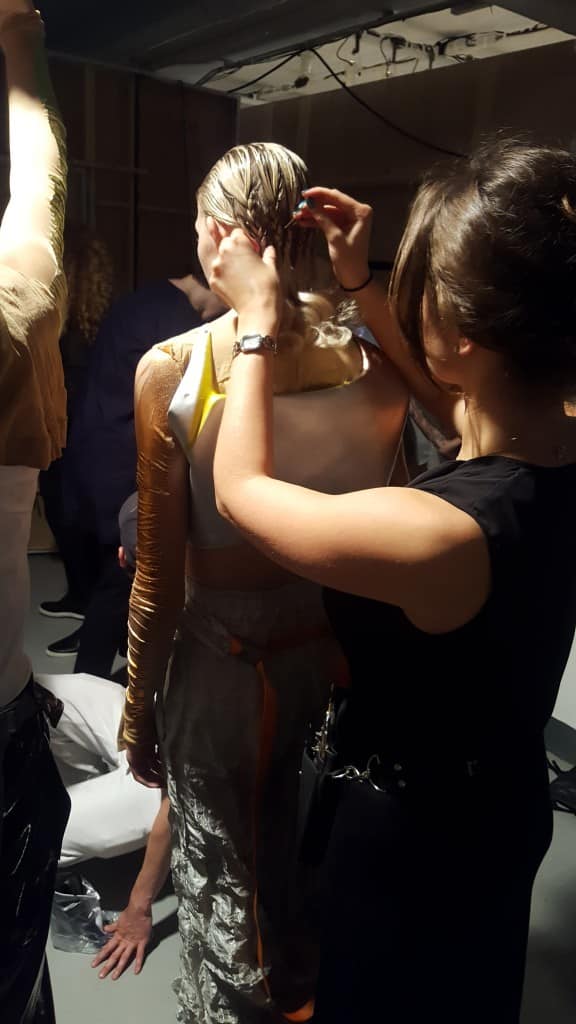 Whilst there I worked with two models. First, I was shown what look to create by a leading stylist and then I recreated this low slicked back pony tail on the first model.

For the second model, I collaborated with other stylists to recreate the same look that was used on the first model. Although this involved creating the same style, this time around presented new challenges due to the tighter time constraints as we rapidly approached the dress rehearsal.

Once my work with the two models was complete I was then asked to assist backstage to help prepare the models for the final show.

After a successful run-through I was given the very exciting opportunity to watch the final show. I loved watching the models walking down the runway knowing that I had contributed to their overall appearance. Working at London Fashion Week was such a gratifying experience and I cannot wait to get involved again. 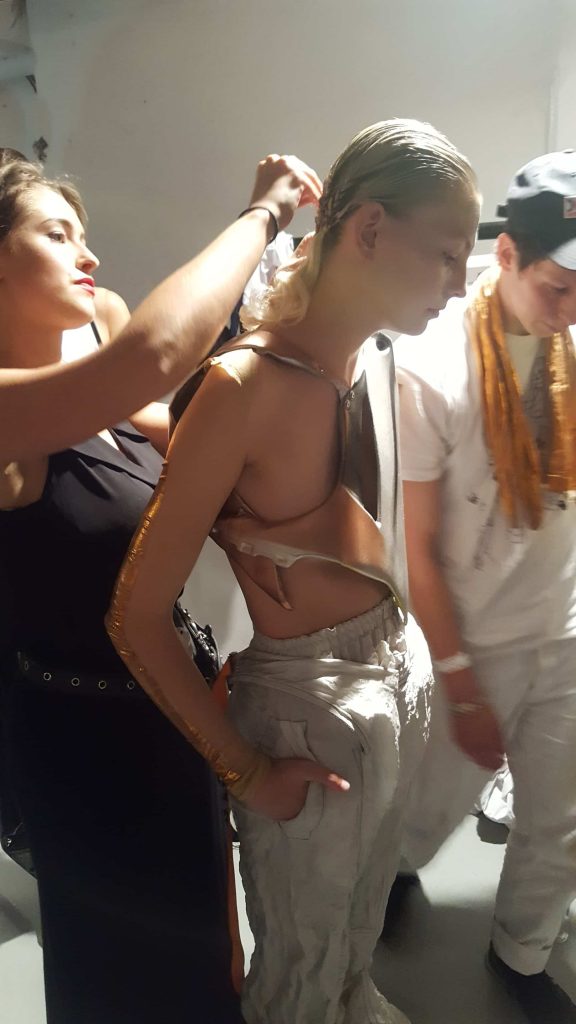 The atmosphere backstage at London fashion week was electric. It was such good fun to work with Lead Stylist Darren Fowler and the team of twenty stylists for L’Oreal Professionnel. We were quickly shown how to style three different looks which were all sleek and strong. 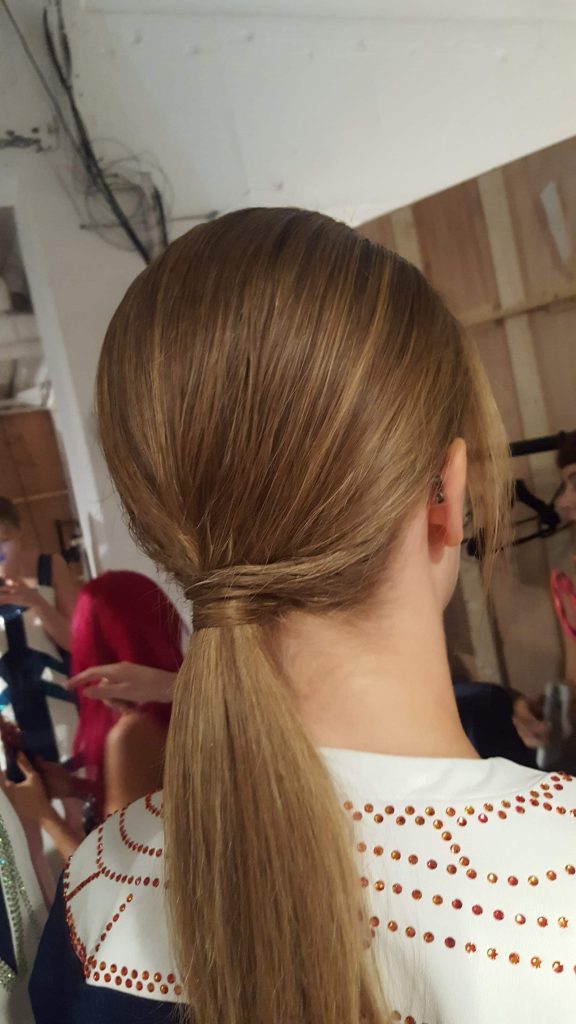 Two of the styles incorporated different types of braids, whilst the third was a very sleek and low ponytail. The looks were simple but had great impact on the catwalk and could definitely be translated into the salon for our clients. 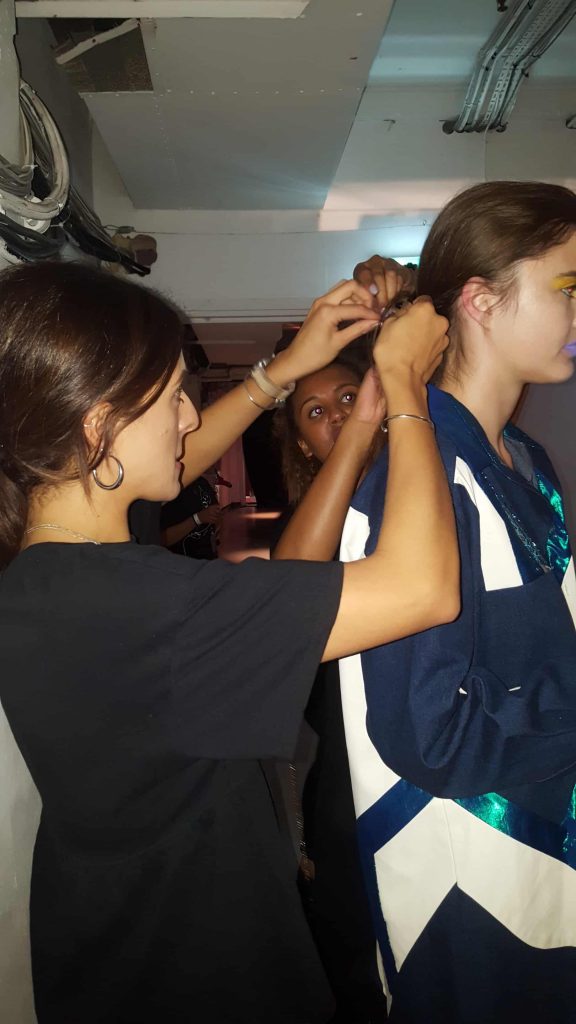